We not only have to worry about state and federal governments giving tax payer money to an organization—i.e., Teach For America—to pay them for having to pay teachers who will only work for 1 to 2 years in the classroom of schools that need long-term commitment more than a Jack in the Box, but now we also have to worry about these untrained non-educators sexually activity in classrooms.  TFA not only affects our schools negatively, but their teachers also lack the moral code of training that teachers who spend four or more years attending university educator program get.  It is obvious that TFA has low moral standards, but now they have reached the dirt floor.

[TFAer] Joey Lehrman, 22, of 701 N. Salcedo St., New Orleans, was booked with obscenity and taken to the Jefferson Parish Correctional Center in Gretna. He was expected to be released from custody late Thursday on $5,000 bond.

Lehrman is an English teacher at L.W. Higgins High School on Lapalco Boulevard, said Beth Branley, a spokeswoman for the Jefferson Parish public school district. He was hired through the Teach for America program and had worked at the school since August. She said no other complaints have been lodged against him.

Parents are now extremely concerned about the effects of TFA on the community and the moral code these teachers bring with them.  They appear to be driving the public away from helping their children get a quality public education.  This is being a social justice issue.

As one NOLA parent said:

he might consider home schooling his teenager next year. Ashworth said that during the first week of school, his son told him that authorities found a gun at the school, and students were forced to enter through metal detectors. Not only are Lehrman’s actions disturbing, Ashworth said, but the school’s failure to notify parents is troubling.

“If I would have known about it, my son wouldn’t be coming to school,” Ashworth said

The Teach for America (TFA) teacher has even scared students from attending school.  A problem that has plagued children from poverty for decades.

Parents are concerned — one parent stated about her child that:

She was scared to go to school, but I told her to go to school,” Nimenibo said. “What kind of teacher would do something like that in front of the students? … He’s sick if he would do that in school.

It’s clear that politicians need to stop spending hard earned tax payer money on organizations like Teach for America whose teachers have 4 weeks of training, as compared to university prepared teachers with over 4 years of education and training.

This type of conduct has led university professors to stop writing recommendation letters for students seeking to be the next sexual predator of Teach for America.

Write you congressman or congresswoman today to stop Teach for America in your community. 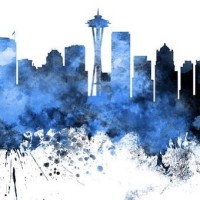 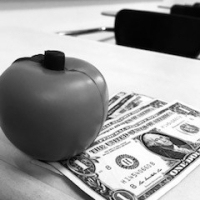 For the news and views you might have missed

Mostly Education; a Smattering of Politics & Pinch of Personal

A blog focused on education and social justice

A site to discuss better education for all